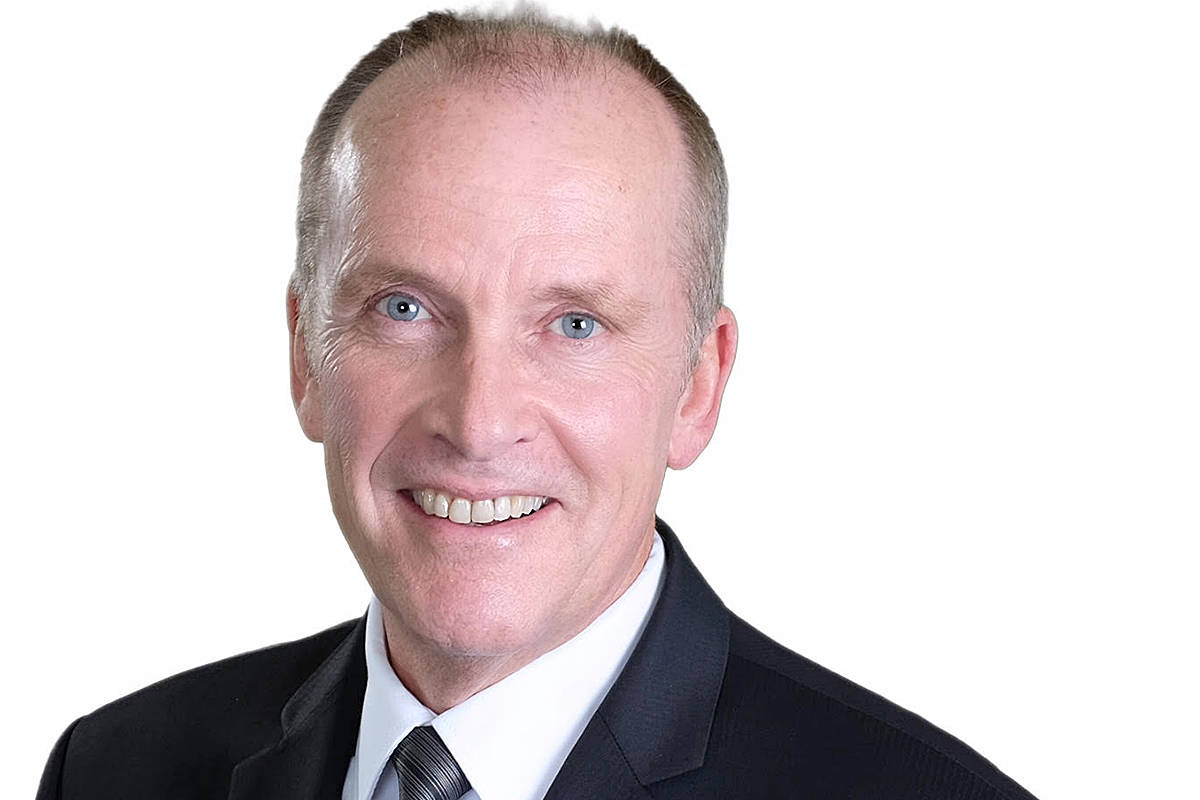 Jamie Luttmer (Special to The News)
It’s still a sellers market out there in Maple Ridge and Pitt Meadows for housing, but a local industry leader says it is starting to balance out and the frantic pace has subsided – somewhat.
What they were seeing just a few weeks and months ago with multiple offers being the norm on local homes, the frequent waving of home inspections, and other traditional conditions being discarded, plus offers going well above asking price – well, that’s still happening occasionally, but not anywhere near the same level witnessed between March and May, said Jamie Luttmer, managing broker and realtor with RE/MAX Lifestyles Realty.
“We were seeing really crazy final sales prices,” he said.
That situation was driven in large part because supply wasn’t keeping up with demand.
In March alone, he said there were more sales than listings locally – although it was only a slight difference of 1.03 per cent.
“That’s just a stunning statistic,” he said. “You just don’t see statistics like that. But we don’t see markets like this, either.”
But with more homes being listings on the market since the spike, that sense of urgency has subsided, and that’s being noticed throughout the Lower Mainland – not just in Maple Ridge and Pitt Meadows, Luttmer said.
“I’m noticing that buyers – although it’s still a sellers market – don’t need to go in panicky into a situation anymore. They can take a little time,” take a breath, and make a more rational and informed decision.
“From a buyer’s perspective, it’s easier now. It shouldn’t be so hectic,” Luttmer added.
That, he said, makes for a healthier real estate market heading into the summer.
Part of that shift in June numbers, comes as a result of a new federal stress test introduced on the first of that month stipulating that all home buyers must qualify for a five-year mortgage rate of 5.25 per cent, up from the previous 4.79 per cent. That took a few more potential buyers out of the market, said Luttmer, who’s been in the real estate business for 30 years.
Consequently, he said, “I think we saw a move towards a balanced market in June.”
He’s also saw prices leveling off in all three platforms – single-family homes, townhouses (attached), and condominiums.
With what he called a settling of the market, he said the median price has also dropped, ever so slightly.
In January 2020, it was $843,000 in this community. By January 2021, that went up to $1.05 million. In March, it peaked at almost $1.2 million, plateaued in April and May, and in June came back down into the $1.1 million range.
“We can see the prices leveling off now,” Luttmer elaborated, noting he’s not surprised by the slight drop in values and number of listings – that typically comes in the summer months.
Real Estate Board of Greater Vancouver (REBGV) reports that residential home sales in the region totalled 3,762 in June 2021, a 54-per-cent increase from the 2,443 sales recorded in June 2020, and an 11.9-per cent-decrease from the 4,268 homes sold in May 2021, shared REBGV economist Keith Stewart.
“We’re now seeing a market that’s beginning to normalize from the torrid pace in the spring,” Stewart said, echoing Luttmer’s optimism.
Specifically in Pitt Meadows and Maple Ridge, there were 282 homes sold in June 2021, comparing that to 337 in May, and also compared to 212 sold in June of last year.
“It’s hard not to get discouraged,” Luttmer said to first-time buyers looking at the market. But, he said they don’t have to be pessimistic.
For new buyers trying to get in the market, it’s not easy, but it’s not impossible, either, he said, recommending a lot of advance planning, close consultation with industry experts, and realistic expectations.
“It’s tough to do overnight, particularly for the first-time buyers.”
In fact, he said, buyers and sellers both have to be mindful of all sorts of different factors impacting the market.
Luttmer, for instance, has owned a home in the Maple Ridge since 1989, recalling how they paid $140,000. Now, it’s worth close to 10 times that amount.
But like any existing homeowners out there, he said potential sellers have to also carefully weigh their options. They have to look at more than just the profit they’d make off selling their current homes. They have to keep in mind what it’s going to cost to replace it, and with what he calls still a limited inventory, they have to realize they might not be getting what they want or expect at the other end.
For he and his family, he said with a chuckle that moving isn’t in the cards – at least until they’re no longer able to scale the stairs.
“And that’s not for a long time,” he said.
So for both buyers and sellers, Luttmer offers a few words of advice. Be patience, be thoughtful, and take the time to seriously plan for this huge step.
All that said, he concluded the plateauing of the market leaves him feeling optimistic, especially for the local community – where a house is still a “bargain” compared to the areas closer to and including Vancouver.
Source: https://www.mapleridgenews.com/news/housing-market-balancing-out-realtor/
3 locations to serve you.