Young families continue to move where more spacious housing is being built, while apartments take over as the housing type in the city core 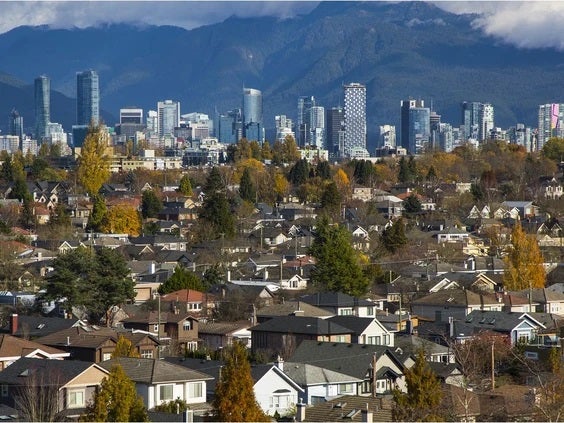 COVID-19 accelerated Metro Vancouver’s migration of younger families from urban centres to the suburbs, according to census figures released Wednesday, which planners say challenges all municipalities to meet family needs.

“The missing middle is really in Surrey, with some really good heat happening over in the District of Langley,” said urban planner Andy Yan, upon his first review of the data, using the shorthand term for young, middle-class families increasingly priced out of real estate in Vancouver’s inner suburbs.

Surrey, the City of Langley, the Township of Langley and Maple Ridge are all areas where the proportion of housing being built skews toward townhouses and houses versus Vancouver, where apartments, either condo or rental, are now solidly the most dominant housing form.

In Vancouver, 62 per cent of occupied dwellings are apartments, vs. just 15 per cent that are detached homes and 23 per cent that are townhouses.
Compare that with Surrey, where 33 per cent of occupied dwellings are detached homes, 42 per cent townhouses and 25 per cent are apartments, and the shift is about “family sized housing,” said Yan, director of the City Program at Simon Fraser University. “The issue of adequate housing is that it’s not only about affordability, but is it adequate to the household at their particular life cycle. It’s affordability, it’s security of tenure, it’s size, then design and amenities.

Still, demand for housing in the province still far outstrips supply, experts say, even as the latest census figures show growth in the number of homes was higher than the increase in population countrywide. Statistics Canada reported Wednesday that growth in apartments in a building with five or more storeys has far outpaced other types of dwellings across the country, though single-family homes remain the dominant form, making up about half of all dwellings.

“The trend in the pandemic that was noticeable was people that elected to live in a condo close to work downtown, suddenly working from home, migrated to the suburbs,” said realtor Ron Antalek of Re/Max Lifestyles Realty.

Now, with pandemic restrictions eased, markets have “normalized.” Antalek added there are “still many people that are working from home” joining the migration east.
Article content

The municipalities that have seen growth, such as Surrey and Langley, are also the ones that have available land and been “supportive of townhouse developments, kind of that missing middle soft density,” said realtor Adil Danani.

The next challenge, however, will be for municipalities experiencing growth to knit their neighbourhoods together and for cities to “up their game” in creating family friendly neighbourhoods, said urban planner Brent Toderian.

Toderian said the pandemic effectively “broke its contract” with urban citizens who had traded long commutes from more spacious homes for the convenience of walkable precincts closer to work.
Article content

During the pandemic “we had times where we were told to stay inside,” he said.

Now that pandemic restrictions have eased, Toderian believes the suburbs that will do better will be those that “better integrate urban living (well),” and cities that succeed “that are designed specifically for families will win.”

Yan added that the challenge for Vancouver is to use its existing family oriented infrastructure — parks, schools and community centres — to draw family friendly density.

“The core question and core term is family,” Yan said. “These (Vancouver) neighbourhoods really need to be centred around families.”
Article content

Vancouver has made headway in requirements for two- and three-bedroom units in new development, but Yan said more focus still needs to be put specifically on the family element.

“We can’t be a city (and) I don’t think we want to be a city of just studios and one-bedroom (apartments),” Yan said.

— With files from The Canadian Press

twitter.com/derrickpenner
3 locations to serve you.